This mask, not to be confused with an American model, which was issued by Disney and actually looked like a Mickey Mouse head was issued by Avon in World War II. The mask was issued in the late 1930s to 40s It was targeted at children of ages 2-5 who did not fit into the Baby Helmet Respirator and still did not have a head large enough to fit into a normal sized gas mask. Upon comparison to other masks it can be seen that is much smaller. In fact in the picture displayed on the right, it is on a foam child sized head.

The mask was issued in bright red and blue colours, supposedly to reduce the fear of having to wear a gas mask. The name 'Mickey Mouse' was also used to further encourage children into wearing it. It was also issued in black. This was dubbed the 'Minnie Mouse' mask, although nobody is certain if it really is what it is called. It works as normal masks do and has a 'flutter type' valve.

The eyepieces of this mask are glass disks held in place by metal rings crimped onto the rubber. The straps on this mask are also quite bizarre, and are not present on other masks. They are springs covered in some form of blue elastic material and are closed with a small metal clasp. Due to the fear of arsenical gases, most C2 respirators were recalled and fitted with a 'Contex' filter that contained another layer of impregnated merino wool. The Contex was a small aluminium filter anodised green and attached via sticky tape.

The mask was issued to people in boxes which were strung and carried around the neck. They were also issued in metal carrying cases, and sometimes even in a leather carrying case lined with thin cardboard-like paper inside. A couple of biscuit making companies issued special tins for gas mask storage. 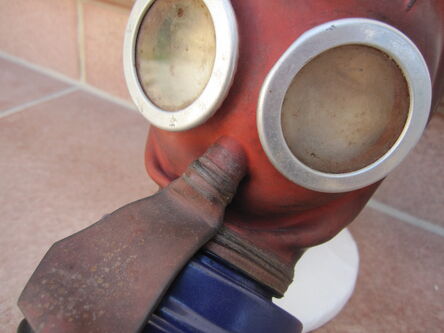 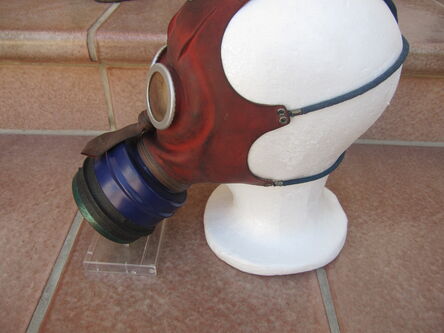 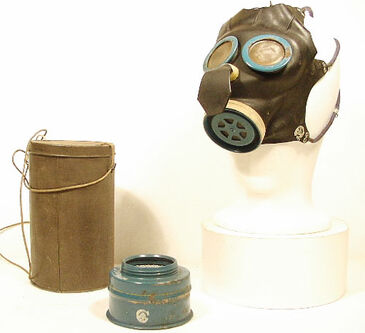 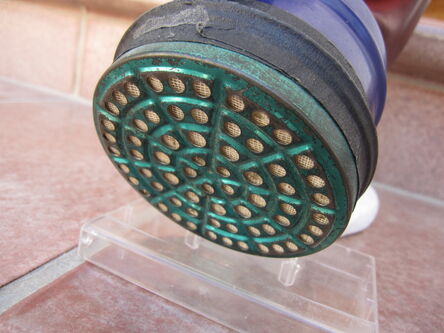 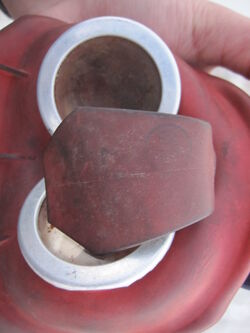 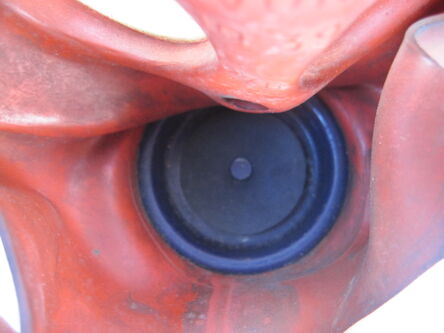 Inside of the Mask 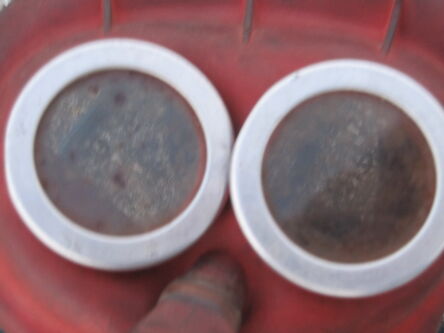 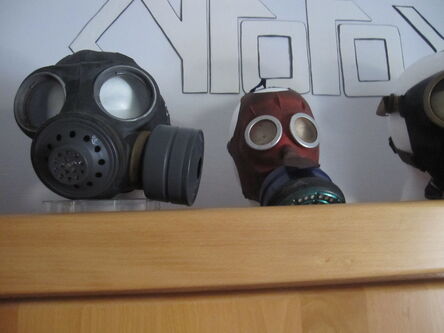 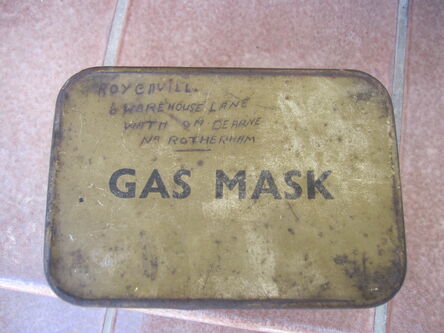 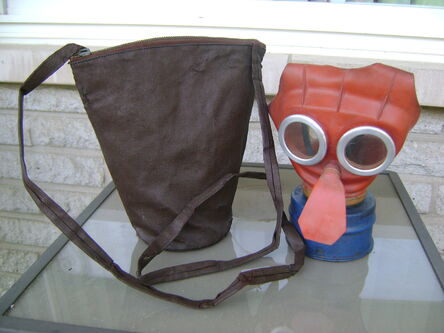 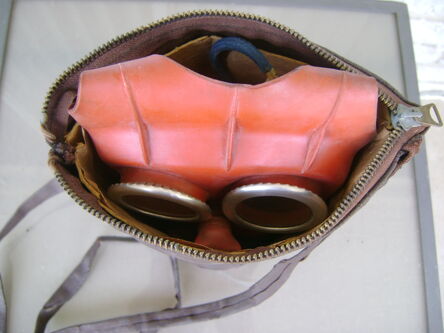 British Mickey Mouse gas mask inside of the carrying case.
Add a photo to this gallery

Retrieved from "https://gasmaskandrespirator.fandom.com/wiki/Avon_C2_%27Mickey_Mouse%27_Small_Child_Respirator?oldid=29401"
Community content is available under CC-BY-SA unless otherwise noted.