The BNG 2 was an Italian industrial half mask.

The BNG 2 half-face respirator was made of an injection moulded faceblank to which the following were attached:

The faceblank itself covered the mouth and the nose, and it had a peripheral seal.

The two straps were made of either of rubber or elastic cloth. The upper one split into two parts around the back of the head to allow a better grip. The lower strap had a hook system for easier donning.

The exhale valve was either like the T.35 or custom.

The inlet was like the T.35 too. On later variants, a rubber ring was inserted.

The first version on the BNG 2 half mask was made of neoprene and sported a typical T.35 exhale system and straps made of elastic cloth. This variant came in only one size. 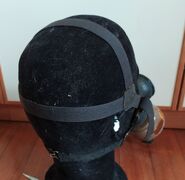 Marking (identical on both sides)

Marking (inside)
Add a photo to this gallery

The second version of the BNG 2 half mask was made of grey rubber and sported a modernized T.35 exhale system and straps made of rubber. The mask came in multiple sizes and had the E.N.P.I. marking on the left cheek. The inlet was provided with a rubber ring to allow the use of filters without a one. 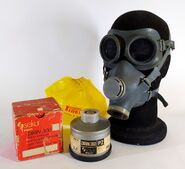 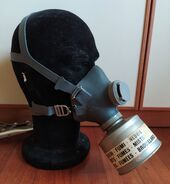 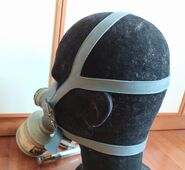 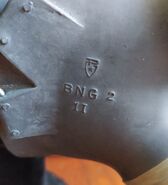 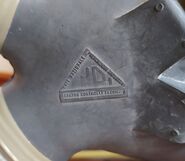 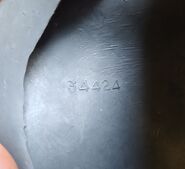 Inside marking
Add a photo to this gallery

The mask comes in a small metal box. When needed, the mask was issued with special glasses to protect against certain substances.

BNG 2 box
Add a photo to this gallery

The mask was issued with various filters depending on the use, usually Dirin types.

Retrieved from "https://gasmaskandrespirator.fandom.com/wiki/BNG_2?oldid=50834"
Community content is available under CC-BY-SA unless otherwise noted.