Both the Duoflex and the Duoflex Ultravision are vaguely based on the M59 facepiece, but the differences are quite notable. The exhale valve is placed in the front, and there is no voice diaphragm. The harness is made of rubber instead of fabric and is attached differently to the faceblank. The oral-nasal cup is completely different, as it resembles much more the US design.

The faceblanks are made of black rubber and have a peripheral seal. They have the following parts attached: 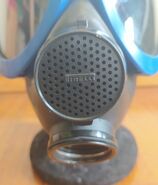 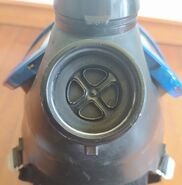 Inlet and exhale assembly from the inside (without the oral-nasal cup), note the brown inlet valve

Oral-nasal cup, removed from the mask 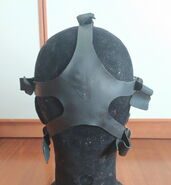 Strap system
Add a photo to this gallery

Sèkur-Pirelli
The Duoflex, the earlier of the two variants, was a bit simpler and cheaper than the Ultravision. The eyepieces were triangular, coloured black and crimped much like the M59. The strap system was attached directly to the faceblank using rubber studs. 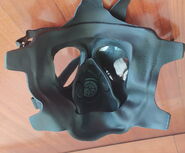 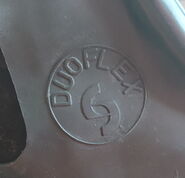 marking on the right side

Marking on the forehead 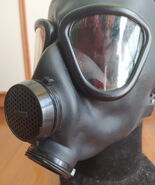 Sèkur-Pirelli
The Duoflex Ultravision was slightly more expensive than the normal Duoflex. The eyepieces were much larger and they were secured to the faceblank using screws on the blue plastic parts. The strap system was attached to plastic buckles that allowed for an easy replacement. 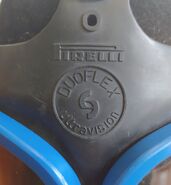 Marking on the forehead 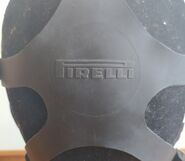 Marking on the straps 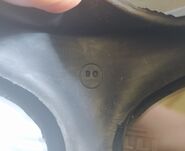 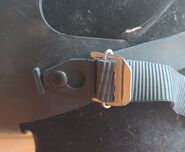 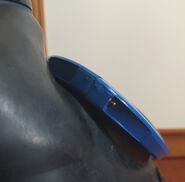 Detail of an eyepiece closed with a screw 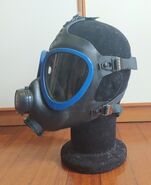 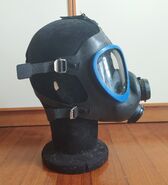 The Duoflex and Duoflex Ultravision were sold with any filter required for the job, they could be also issued with fresh air breathing apparatus equipment and other setups that required a facepiece with an exhale valve. 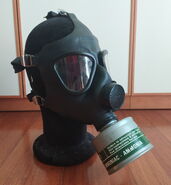 A duoflex with an ammonia filter 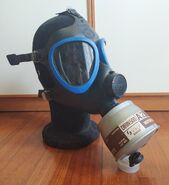 A duoflex ultravision with an organic vapours filter
Add a photo to this gallery
Retrieved from "https://gasmaskandrespirator.fandom.com/wiki/Duoflex_series?oldid=40547"
Community content is available under CC-BY-SA unless otherwise noted.