The Model K mask family started production in 1952 until 1962, these masks were made by "Vredestein" and "Hevea".

The Dutch "Model K52" gas mask was adopted by the Dutch Military during early years of the cold war. The "Model K52" was made by "Vredestein" from 1952 until may 1953.

One of the most noticeable features of the Model K gas mask is that the snout piece has two types of rounded threads, a 40mm thread and a 60mm thread. This was done so that 60mm gas mask canisters which were in use by the English countries could be used on these masks.

One of the features of this mask is that you can change the lenses by screwing of the shackle on the eyepieces, after doing this you simply take off the glass and replace it with an undamaged copy.

A Model K NBC suit was also made. A hooded Model K was used with this suit. The hood would be glued to a Model K, and would be adjustable with straps.

The early Model K masks, particularly the Model K52 suffered from lenses fogging up during use, due to the fact that the inside of the mask didn't separate the lenses from the nose and mouth.

Another drawback is that the shackles that keep the glass eye lenses on the Mask can fall off if the rubber is not maintained properly. 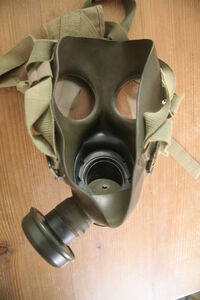 Insides of the K52 - This mask doesn't seem to have an oralnasal cup. 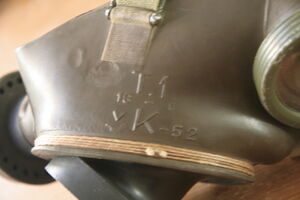 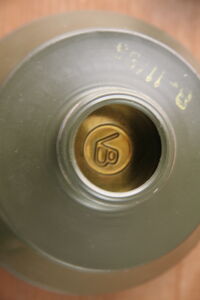 VB Marking inside of the filter 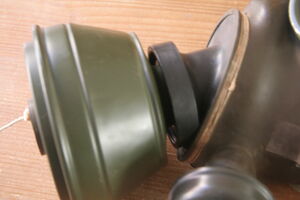 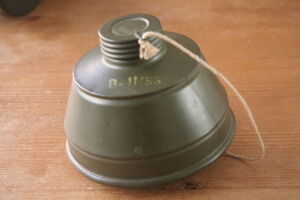 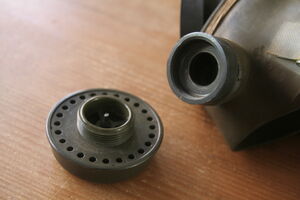 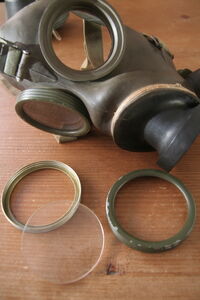 K52 with its eye lenses removed 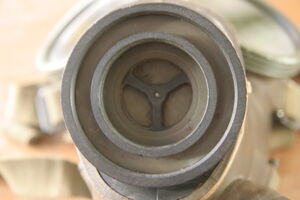 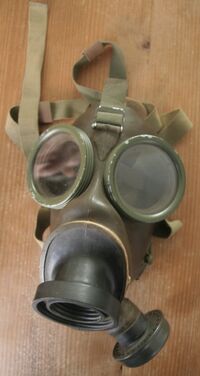 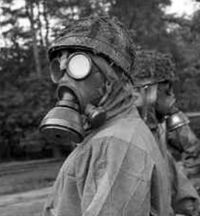 A soldier wearing a "Model K" mask during training 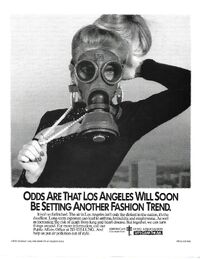 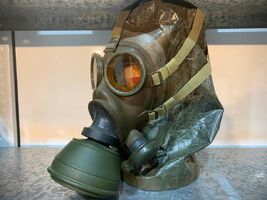 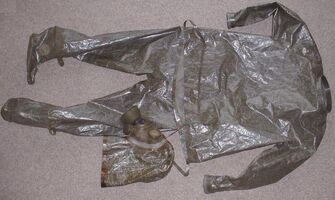 Model K NBC suit
Add a photo to this gallery

Retrieved from "https://gasmaskandrespirator.fandom.com/wiki/Model_K?oldid=41703"
Community content is available under CC-BY-SA unless otherwise noted.