The R.S. 37 and RS-37 were Spasciani's non-military T.35 variant. Two main variants were produced, one for civilian use mostly before the war and the other for industrial purposes after the war.

The exhale valve allows exhaled air to go outside and prevents poisoned air to get in. It's made of rubber, it opens under the light pressure of exhaling and closes hermetically under the negative pressure produced by the inhalation. It can be easily inspected and possibly replaced by unscrewing the lid of its housing.

The elastic harness has the goal to keep the mask tightly onto the face. It is composed of 5 adjustable straps (a top one, two elastic temple ones and two elastic cheek ones) attached to the facepiece, and they gather into a nape pad. Industrial RS-37 masks have a slightly different design.

The R.S. 37 was the 16th gas mask approved by the S.C.M. (Servizio Chimico Militare, chemical military service) on 1 March 1937. It was almost identical to its military counterpart (the T.35), save for the marking.

R.S. 37 masks made during 1940 or later are manufactured to a lesser standard, with cheaper rubber, head-harness, exhale valve cover and in some cases with differently coloured furniture. 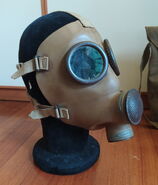 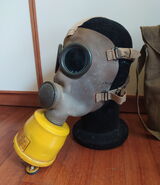 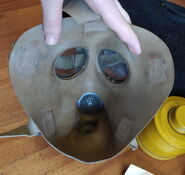 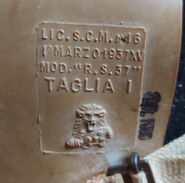 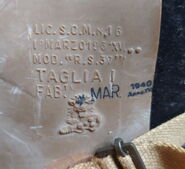 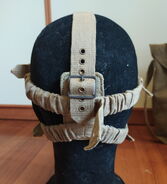 Head-harness on an early production sample 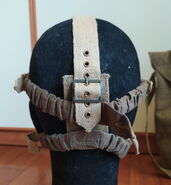 Head-harness on a late production model 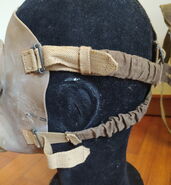 Same harness, note the different color of cloth on the straps 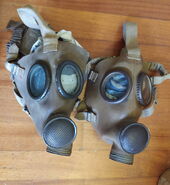 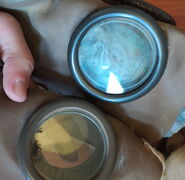 Two masks produced on the same month can still have differences, such as the colour of the furniture
Add a photo to this gallery

The mask came with the following kit: 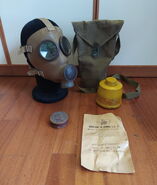 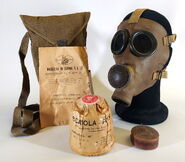 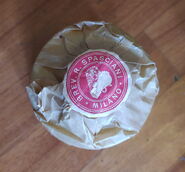 Spasciani seal atop the filter still in its package 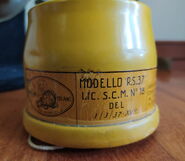 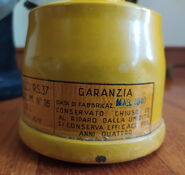 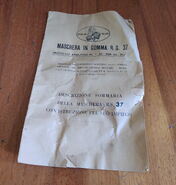 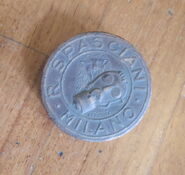 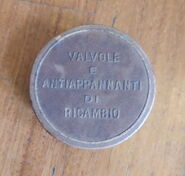 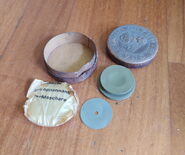 Content of the spares' box, an inlet valve, an outlet valve and a couple of anti-fogging lenses
Add a photo to this gallery

This manual is pretty different from other T.35-related ones, but it still uses some of the pictures taken by Pirelli.

Due to the fragile paper used, the conditions are often not the best, and a couple more pictures have been added to the gallery to make the front and back more readable.

Spasciani
After the end of the war, Spasciani made an updated version of the R.S. 37 with rubber straps, exclusively intended for industrial use. The rubber harness had cloth engrained in the top strap and nape pad to make those rigid. These masks follow Spasciani's own sizing system, in which size 1 is the smallest and 3 is the largest. 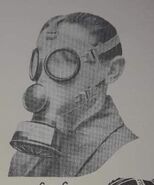 Industrial RS-37 with an industrial filter
Add a photo to this gallery
Retrieved from "https://gasmaskandrespirator.fandom.com/wiki/R.S._37_and_RS-37?oldid=41840"
Community content is available under CC-BY-SA unless otherwise noted.