The faceblank is made of a thin sheet of rubber glued at the chin. The section around the inlet and outlet has a layer of stockinette inside that makes it more rigid, preventing it from collapsing while the mask is being worn. The faceblank has the following parts attached to it:

The housing for the exhale valve is attached externally through a smaller metal piece. The exhale valve allows exhaled air to go outside and prevents poisoned air to get in. It's made of rubber, it opens under the light pressure of exhaling and closes hermetically under the negative pressure produced by the inhalation. It can be inspected and possibly replaced by unscrewing the lid of its housing.

The mask has two eyepieces, each is composed of a cellulose acetate lens, an anti-fogging lens and an aluminium frame which contains the previous two and which is wired to the faceblank.

The 5-strap non-elastic harness is composed of 5 adjustable straps attached to the facepiece, and they gather into a nape pad. Elasticity is given by the extremities of the faceblank to which the straps are attached. 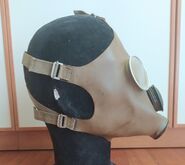 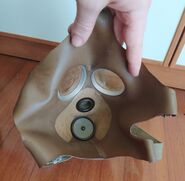 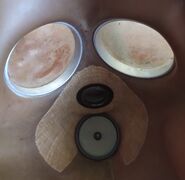 Close pic of the inside. Note the anti-fogging lenses 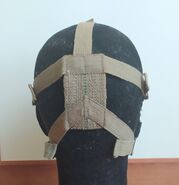 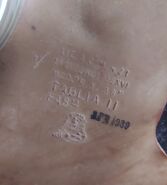 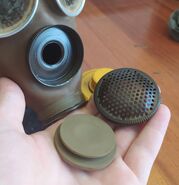 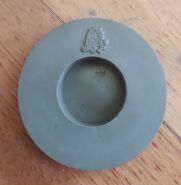 Mask with the filter inserted
Add a photo to this gallery

The R.S. 38 came with the following kit: 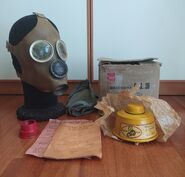 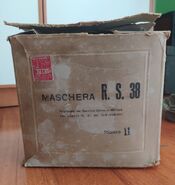 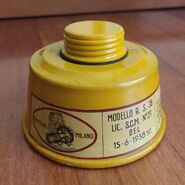 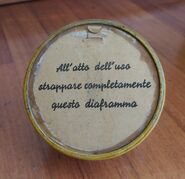 Bottom of the filter 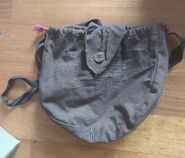 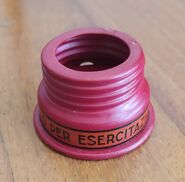 Pseudo-filter for training
Add a photo to this gallery

Add a photo to this gallery
Retrieved from "https://gasmaskandrespirator.fandom.com/wiki/R.S._38?oldid=40257"
Community content is available under CC-BY-SA unless otherwise noted.